Do you like to discuss literature or movies? Look no further than the Grayslake Library book clubs! Check out the current titles we're discussing below.

Do you host your own book club? Check out our book discussion collection, where we have multiple copies of popular book club titles that can all be checked out at once. 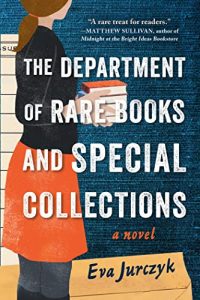 The Department of Rare Books and Special Collections by Eva Jurczyk

Liesl tries to sound the alarm and inform the police about the missing priceless book, but is told repeatedly to keep quiet, to keep the doors open and the donors happy. But then a librarian unexpectedly stops showing up to work. Liesl must investigate both disappearances, unspooling her colleagues' pasts like the threads of a rare book binding as it becomes clear that someone in the department must be responsible for the theft. What Liesl discovers about the dusty manuscripts she has worked among for so long—and about the people who care for and revere them—shakes the very foundation on which she has built her life." 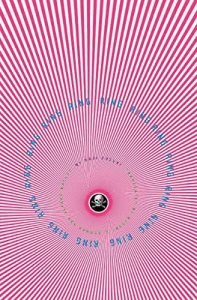 "A mysterious videotape warns that the viewer will die in one week unless a certain, unspecified act is performed. Exactly one week after watching the tape, four teenagers die one after another of heart failure.

Asakawa, a hardworking journalist, is intrigued by his niece's inexplicable death. His investigation leads him from a metropolitan Tokyo teeming with modern society's fears to a rural Japan—a mountain resort, a volcanic island, and a countryside clinic—haunted by the past. His attempt to solve the tape's mystery before it's too late—for everyone—assumes an increasingly deadly urgency. Ring is a chillingly told horror story, a masterfully suspenseful mystery, and post-modern trip." 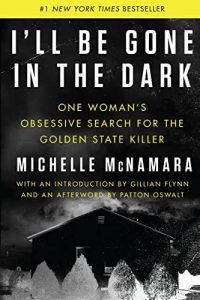 I’ll Be Gone in the Dark by Michelle McNamara

"For more than ten years, a mysterious and violent predator committed fifty sexual assaults in Northern California before moving south, where he perpetrated ten sadistic murders. Then he disappeared, eluding capture by multiple police forces and some of the best detectives in the area.

Three decades later, Michelle McNamara, a true crime journalist who created the popular website TrueCrimeDiary.com, was determined to find the violent psychopath she called "the Golden State Killer." Michelle pored over police reports, interviewed victims, and embedded herself in the online communities that were as obsessed with the case as she was." 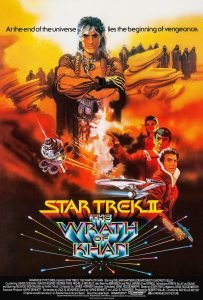 "With the assistance of the Enterprise crew, Admiral Kirk must stop an old nemesis, Khan Noonien Singh, from using the life-generating Genesis Device as the ultimate weapon." 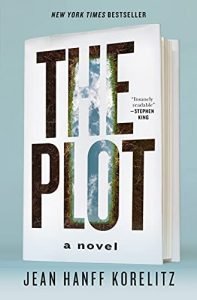 The Plot by Jean Hanff Korelitz

"Jacob Finch Bonner was once a promising young novelist with a respectably published first book. Today, he’s teaching in a third-rate MFA program and struggling to maintain what’s left of his self-respect; he hasn’t written—let alone published—anything decent in years. When Evan Parker, his most arrogant student, announces he doesn’t need Jake’s help because the plot of his book in progress is a sure thing, Jake is prepared to dismiss the boast as typical amateur narcissism. But then . . . he hears the plot.

Jake returns to the downward trajectory of his own career and braces himself for the supernova publication of Evan Parker’s first novel: but it never comes. When he discovers that his former student has died, presumably without ever completing his book, Jake does what any self-respecting writer would do with a story like that—a story that absolutely needs to be told.

In a few short years, all of Evan Parker’s predictions have come true, but Jake is the author enjoying the wave. He is wealthy, famous, praised and read all over the world. But at the height of his glorious new life, an e-mail arrives, the first salvo in a terrifying, anonymous campaign: You are a thief, it says.

As Jake struggles to understand his antagonist and hide the truth from his readers and his publishers, he begins to learn more about his late student, and what he discovers both amazes and terrifies him. Who was Evan Parker, and how did he get the idea for his “sure thing” of a novel? What is the real story behind the plot, and who stole it from whom?" 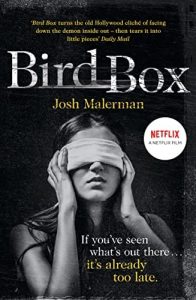 "Something is out there, something terrifying that must not be seen. One glimpse of it, and a person is driven to deadly violence. No one knows what it is or where it came from.

Five years after it began, a handful of scattered survivors remains, including Malorie and her two young children. Living in an abandoned house near the river, she has dreamed of fleeing to a place where they might be safe. Now that the boy and girl are four, it's time to go, but the journey ahead will be terrifying: twenty miles downriver in a rowboat—blindfolded—with nothing to rely on but her wits and the children's trained ears. One wrong choice and they will die. Something is following them all the while, but is it man, animal, or monster?" 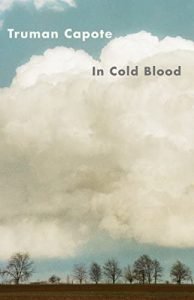 In Cold Blood by Truman Capote

"On November 15, 1959, in the small town of Holcomb, Kansas, four members of the Clutter family were savagely murdered by blasts from a shotgun held a few inches from their faces. There was no apparent motive for the crime, and there were almost no clues.

In one of the first non-fiction novels ever written, Truman Capote reconstructs the murder and the investigation that led to the capture, trial, and execution of the killers, generating both mesmerizing suspense and astonishing empathy. In Cold Blood is a work that transcends its moment, yielding poignant insights into the nature of American violence." 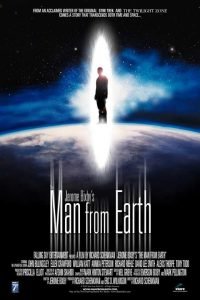 "An impromptu goodbye party for Professor John Oldman becomes a mysterious interrogation after the retiring scholar reveals to his colleagues he has a longer and stranger past than they can imagine."

The Seven Husbands of Evelyn Hugo by Taylor Jenkins Reid

"Aging and reclusive Hollywood movie icon Evelyn Hugo is finally ready to tell the truth about her glamorous and scandalous life. But when she chooses unknown magazine reporter Monique Grant for the job, no one in the journalism community is more astounded than Monique herself. Why her? Why now?

Monique is not exactly on top of the world. Her husband, David, has left her, and her career has stagnated. Regardless of why Evelyn has chosen her to write her biography, Monique is determined to use this opportunity to jump-start her career.

Summoned to Evelyn's Upper East Side apartment, Monique listens as Evelyn unfurls her story: from making her way to Los Angeles in the 1950s to her decision to leave show business in the late '80s and, of course, the seven husbands along the way. As Evelyn's life unfolds - revealing a ruthless ambition, an unexpected friendship, and a great forbidden love - Monique begins to feel a very a real connection to the actress. But as Evelyn's story catches up with the present, it becomes clear that her life intersects with Monique's own in tragic and irreversible ways.

Written with Reid's signature talent for "creating complex, likable characters" (Real Simple), this is a fascinating journey through the splendor of Old Hollywood into the harsh realities of the present day as two women struggle with what it means - and what it takes - to face the truth." 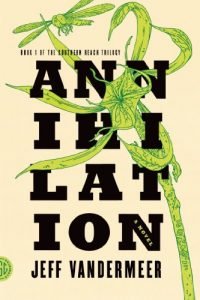 "Area X has been cut off from the rest of the continent for decades. Nature has reclaimed the last vestiges of human civilization. The first expedition returned with reports of a pristine, Edenic landscape; the second expedition ended in mass suicide; the third expedition in a hail of gunfire as its members turned on one another. The members of the eleventh expedition returned as shadows of their former selves, and within weeks, all had died of cancer. In Annihilation, the first volume of Jeff VanderMeer's Southern Reach trilogy, we join the twelfth expedition.

The group is made up of four women: an anthropologist; a surveyor; a psychologist, the de facto leader; and our narrator, a biologist. Their mission is to map the terrain, record all observations of their surroundings and of one another, and, above all, avoid being contaminated by Area X itself.

They arrive expecting the unexpected, and Area X delivers―they discover a massive topographic anomaly and life forms that surpass understanding―but it's the surprises that came across the border with them and the secrets the expedition members are keeping from one another that change everything." 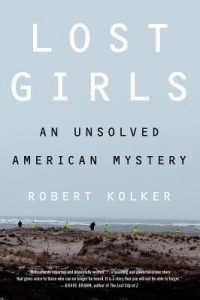